Goddess Dahut, Magician and Princess of Brittany - Coven of the Goddess Last Updated on December 17, 2017 by Coven of the Goddess

In times long forgotten, the Celts battled passionately against invasions of their homelands. Gradlon, one of many young pagans joined the battle to save his people. His bravery and honor became known throughout the land. The Celts fought endlessly but the English were ruthless and soon the Celts of Devon and Cornwall were cut off from the Celts of Wales. Gradlon fought in the crusade of his people to establish a new land, a land that would become Brittany where he would become a King.

On one of the pillages of the King and his warriors through the North, Gradlon fell in love with a beautiful sorceress named Malgven, who was already married to an old King of Sjælland (island of Denmark), by the name of Sverðlun. Malgven was of the Ancient Ways and at once fell in love with the young pagan Gradlon, together they conspired to have Sverðlun murdered.

Malgven enticed Gradlon, saying, “The King is old and his power brings woe to the people. It is many years since we have known freedom and he is no match for the destiny that awaits us. Together we will kill him, setting this land free from his tyranny and you shall take me as your wife back to Brittany.” Gradlon saw that she spoke true, and accordingly, Gradlon drove his sword through Sverðlun’s body as he slept. The two lovers then fled.

Malgven created a beautiful ship and for one year and one day, the King and Queen of Brittany sailed the oceans conquering those who stood in their way. Malgven’s magick created many wonders to support her King, including Morvarch, the winged sea-horse that ever after bore the king of Brittany in his travels. It was while riding Morvarch across the sea, the Goddess Dahut was born. The people and the land prospered in the light of the Goddess.

As Dahut grew so did the invasions. Hidden in the churches as holy men, the greedy came. St. Guénolé, a powerful priest of England, spread the word of God throughout the land. He claimed towns in the name of God and England. The Celtic Kings were allowed to remain Kings only if they converted and joined England and the Church. The penalty of resistance was death.

Gradlon, faced with this choice was baptized and became a Christian. This angered Malgven. She would never deny the Ancient Ways again. Taking Dahut she left Brittany and her King. Gradlon still loved her and followed her, pleading with her not to abandon him. Malgven refused, she would have nothing to do with the Christian counsel that now invaded Brittany.

Taking Dahut, Malgven turn to the land and the Goddess to raise her daughter. Dahut was a beautiful child and her Mother taught her the ways of the Ancient Ones. Dahut loved her Mother but often dreamed of her father and a great city by the sea. The Dreams continued through out her childhood and She journeyed to see him when she became of age. She asked her father to build her a city where she could be near him but avoid persecution from the Christians.

Out of love for his daughter he built her a city by the sea with a great wall around it. It was the most beautiful city in the world with a great white Temple built to the Goddess. The city was called Y’s. It became know throughout Brittany and became a center of trade, wealth and luxuries poured into Y’s. Dahut led her people in the Ancient Ways of the Goddess and life was good.

Dahut grew to be breathtakingly beautiful. She was the talk of all Brittany, the object of every young man’s desire. She studied with the finest scholars in the land. Music filled her soul and Her voice won the hearts of all who heard Her song. Yet Dahut found no suitor worthy of her attentions, for the majority were bloodthirsty and crude, or cared only for money and power, or had beastly dispositions.

One night her mother Malgven came to her in a dream giving her Magick to see clearly the brutish men who would try to control her pure heart. At first light Dahut went to the tower of the cathedral and took down her great-grandmother’s book and from it, She created a black mask of truth that carried the bloodline of the ancient ones.

The suitors continued to come to the great city of Y’s to bid for her hand. She would feast with them and tantalize them into wearing the Mask. She saw them all as blackguard and cowards that would leave her to die should their life ever be in peril. She turned them all away and dedicated herself to the elements, water being her love as she calls for wisdom to be true to her path.

Eventually St. Guénole, heard tales of Dahut and her Mask. He turned, full of righteous wrath, to God and prayed for enlightenment. The Old Ways were not of God and the pagan city was a city of sin. St. Guénole mounted his horse and with his legion of warriors, rode across France toward the beautiful towers of Y’s.

Dahut’s dreams were filled with His coming. With all her might she swelled the waves and called forth the lightning, so that as he approached the gate, a storm of enormous proportions had blown up to shadow the city. Dahut called to the elements to protect the city. She cried to the Goddess not to let the city fall into hands that would destroy the Ways of the Old.

Divine rage inspired St. Guénole, and in the name of his God he cursed the city ” Shame upon thee Dahut, and shame upon thy countrymen! The wages of sin shall be death, and the Temple of your false Goddess shall come down!” With those words, he broke through the walls of Y’s.

Dahut cried to the Goddess and an enormous wave, higher than any mountain came and swept down upon the city. Gradlon mounted his horse Morvarch and turned towards the safe shore of Brittany, crying curses against his daughter and begging God for safe passage. He uttered promises of great temples to be built to God, and denounced the magick of his wife Malgven.

Dahut took hold of her father’s robe as he passed, weeping and begging for him not to turn from the Goddess. The King broke her grip and headed for dry land. Dahut turn to the full force of the tempest, calling upon the mercy of the Goddess to save the city of Y’s and her people.

The King standing on the dry shore looked towards Y’s. He saw no hint of the wondrous city that once stood just a short distance away. Dahut’s great city was now invisible to those that would seek to destroy the ways of the Ancient Ones. It is said Dahut lives in her city of the Goddess and welcomes all that believe.

She is the Goddess of being true to one’s self and abused children. Clarity is her gift and the Mask of Dahut is her Magick. 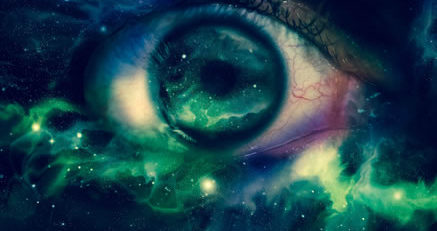 I greet Thee, Eos Goddess of the Dawn, who brings the newborn day; the stars are gone, and fled before... read more

Although Wicca as a religion ,was introduced to the public in the 1950s by Gerald Gardner, it had existed for... read more