The Threefold Law, what it is and what it isn't – Coven of the Goddess The Threefold Law in Wicca and spell-casting in general refers not only to the strength of spells but also harks back to the principle of monitoring one’s own behavior. It is in effect a ‘reap what you sow’ effect and can be influenced by both good and negative acts and intentions.

Most people who are interested in magic quite possibly think of the Threefold Law as being related to sending out energies three times the strength they would normally be, but this is only part of the story;

The History of the Threefold Law

Historically, the Threefold Law is said to relate to both good and bad actions and the building up of energies. If we look at Karma, we have already come to understand that negative Karma can attract an increasing amount of negativity and positive Karma will attract an increasing amount of positivity. Quite likely this is where the Threefold Law has at least some of its roots.

So, if you perform a good action, then that will result in more positivity coming your way. If you perform a bad action then you will attract more negativity. This might not, strictly speaking, be exactly three times the amount, but it works on the principles of like attracting like and energies gaining strength rather than dissipating.

Yet we know with Karma, whether good or bad, the reaction is not instantaneous. It might be that we don’t even collect it in this life, but that it is returned upon us in the next. Yet when it comes to spell casting things are slightly different because the increase in power is said to be immediate and so this is why you should think carefully when considering casting a spell. More about the Law of Return

The Importance of Your Intentions

Of course, most of the time if you are casting a spell it is one with good intentions, and a healing spell for example, will benefit from an increased amount of positivity. However, if you are considering casting a spell with bad intention, be aware that not only could be sent back to you with threefold the force then it is outside of the principles of Wicca. Keep in mind that all our spells comply with the Threefold Law and there will be no negative consequences from using any of our spells.

In Wiccan practices this rule reinforces the reasoning as why we should monitor our own behavior with a great degree of honesty and self-examination. If we lie to ourselves, talk ourselves into the fact that we are right to ignore a particular situation when really it was deserving of our attention, or that we have acted in someone’s best interests when really we are acting in our own then we are, according to both the rules of Wicca, Karma and the Threefold Law, fooling no one but ourselves and are also acting in a capacity which can bring negativity toward us which is in excess of that we have actioned.

The Threefold Law in Everyday Lives

When it comes to our everyday lives, then this rule should be enough to make us stop and think twice. It is not though meant to make us moderate our behavior out of fear, but simply to question our own motivations. When it comes to magic the inference is slightly different, but only in respect of making us consider carefully whether or not we should cast a particular spell. Are our intentions good? Are they selfish? Might we be in danger of causing more harm than good? Are we respecting others?

All these things are important because the power and energies that you are sending might alter the course of someone else’s life in a way they do not desire.

Of course, the other side of the coin is that, if someone has sent you a spell which is undesirable for whatever reason, then that spell is returned back to them with a force which exceeds that when it was cast. In this particular case the Threefold Law is often a powerful reminder to others to think carefully before they act. Tonight we will perform the Goddess Gaia Creativity Ritual, to honor her and to promote Creativity. Coven Members needed: High Priestess ... read more There was a time long ago when Medusa's people worshiped Her as a Goddess. As in ancient Libya myths, the... read more Hand Maiden will prepare small table to the right of Altar, all will place pre-decorated pots and seeds on table. Coven... read more 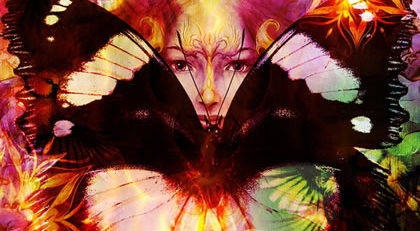 There are many studies of energy, Goddess, and magick. There are books, covens, and teachers. There are methods taught, tools... read more