Invoking and Evoking Goddess – Coven of the Goddess 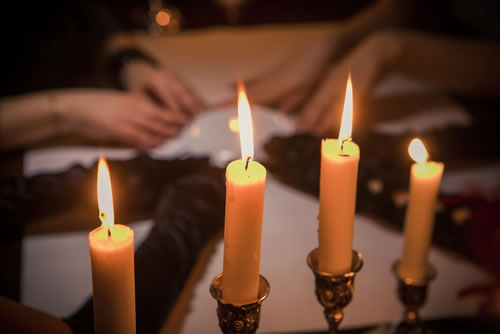 We are all of one cosmic energy

As humans, we are all unique. We have differences that run so deep that it has given way to energies such as hate, anger and discrimination. These energies are some of the most prominent energies in our society today. By creating a “all for one’s self” type of mentality, they draw lines between us, by passing what is good for the Whole.

As a Pagan, I chose to try to honor what makes us all the same. Part of that quality that is felt in most humans, is that we are all a part of one great Cosmic energy.

This energy, has been recognized since the beginning of human time. It is honored and identified in ways that vary dramatically from culture to culture. The early Celtic Druids referred to it as the Source, Islam calls it Allah, Gurdjeiff groups refer to it as C Influence, the Hebrews call it Yahweh and of course to us she is Goddess, In this discussion, I will refer to her as Goddess or the Source, since that is how I relate to this energy.

One of the most obscure aspects of occultism is the basic difference between evocation and invocation. When one invokes, it is the act of “calling in” or summoning a form of this universal energy into oneself or the circle in which they are operating. This can be a Goddess, angels, spirits, or anything the summoner determines is appropriate for their workings. A popular one would be drawing down the moon.

To evoke is to “call forth”, often forcibly or asking for the presence, energy or magick of certain influences. A good example of what we commonly evoke is the elements, which is discussed later.

As humans, we have a need to identify with things at our level of understanding. This varies with level of intellect and culture. A good example of this is looking at how a child identifies with things in its environment. In our society a child’s school curriculum varies between grades in order to allow for the children’s growth and evolution so that they learn in a gradual way how to understand how things are working in the environment. On the bigger scale, human evolution and the way we relate and identify changes too. Spirituality is no exception to this.

In this common spiral, One of the most shared ways that humans identify with the Source is by making the Source more human. Throughout history, humans have done this by creating various deities and stories about the lives and actions of these deities, commonly known as myths.

The job of these myths is to provide explanations that make sense to us within ones culture and also it has played a role in giving humans hope during times of devastation or sadness. Frequently these myths will also provide an explanation as to where people came from. They also tell wonderful stories about all of the super natural creatures that can control the lives of humans.

Historically, the presence of deities can be traced back as far as the cradle of civilization. In the Sumerian tale, “The Epic of Gilgamesh” (one of the first known human writings), our beloved Inanna makes her debut.

Throughout history, it is notable that theses beliefs and these deities that are being created and evoked are largely related to the things that are going on politically and culturally in the lives of the societies that created them – religion is mimicking life. This can be seen in the customs of the deities. For instance, for a long time, the Goddesses that were created and invoked did not marry, they had consorts. During these earlier times, women did hold high status in society, both religiously and economically and there was no such thing as marriage. Also, most of the deities at this time were female, evoking a harmonious and more egalitarian way of life- a way of life that honored duality, versus oppression. At this time family lineage was also matrilineal. Again, the deities were female and so were the more powerful people in these earlier societies.

The first myth where this transition is recognized is in the story of Marduk where he murders the Great Mother Goddess and becomes ruler- A direct reflection of the decline in the status of women, also a direct reflection in the changes that occurred in human mentality.

The war societies brought with them some very dominating war deities. Yahweh is a great example. The origins of the Hebrew God are debatable. There are historians that believe that he was originally a Hittite war deity and that he was adapted by the Hebrews after they were invaded and conquered by the Hittite group.

I use Yahweh as an example because he is so widely known and he greatly reflects the change in mentality. No longer were things harmonious and shared. No longer was duality being honored the way it was previously, and eventually, the Great Goddess is nowhere to be found and Yahweh is the one and only true god, who has achieved everything all by himself.

By the second page, of the Hebrew bible, the “us” and “we” have been dropped and there is just Yahweh remaining – doing it all himself and demanding every other idol be destroyed, thus evoking dominance, oppression, intolerance, hatred and jealousy as the new status quo. This same mentality that has been preserved to this day.

The stories in the Hebrew bible have so much symbolism of men being afraid of the allure of a woman’s sexuality that I believe it to be the deep-rooted feeling that began the eventual suppression of women’s rites and Goddess worship. However, the act of invoking and evoking did not stop. It changed dramatically.

There are historians, such as Rosalind Miles, who say that the reason this change happened was because the males discovered that they played a role in procreation and that they previously did not know that. Then there is the opinion of Riane Eisler who says that the transition had everything to do with the invasions and the rise of militarization. During this huge historical transition, I believe that the people as a whole were looking for hope.

During the time of Christ, the war energy was already at a high. He was born to be king of the Jews, however, much to their dismay, the king that they had been hoping for, was not what was sent. Jesus did not show up with an army, ready for war. He showed up preaching love, tolerance, harmony, beauty. All of the energies that were evoked by Goddess worshipers previously.

Be careful what you ask for…

We now know about the acts of evoking and invoking. We know of its origins and some possible reasons that humans do it. We can see that invoking and evoking, does bring things to the human race as a whole. We know that even if someone does not honor duality, it does exist. If you call to evil and darkness, that is exactly what you bring to other people, even if they have not asked for it. As witches we have a responsibility when we decide which energies and deities to use in our magick.

One of the first things to think about when it comes to evoking or invoking is who Goddess is to you. If she has no meaning to you then why bother? Again, there are many ways that the creatrix is referred to. This is something that has to be determined by the person who is invoking or evoking and cannot be the sole opinion of some other person. Invoking and evoking are not tools to please people or their various beliefs, but like any other tool used for magick, intent is the important thing.

Evoking and Invoking the Elements

The one thing that I have done quite a bit of in magick is trying to work with the elements. When I was first attending Circle, I would call upon them every single morning and at night, I would dismiss them before bed. Something that I should be doing now, as I noticed a huge difference in my life a the time. I am aware that there will be a separate class given on the elements later, so my discussion about them will be brief.

We all know that there are certain energies and characteristics that are associated with every element. I have listed a few as they have helped me tremendously at times when I needed certain strengths. I have also included some devotionals for each ones, just to give examples. I believe that evoking the elements is an individual thing that should be based on the individual and what their needs are – as in every aspect of magick, I spose!